LA GENTE SF was born in the eclectic San Francisco Bay Area
and is lead by Rafael Bustamante Sarria: singer-songwriter and
voting member of the Recording Academy/Grammy's.  The group
has created their own unique blend of World Music, Cumbia,
Reggae, Salsa, Hip-Hop and Reggaeton. Their music and live
shows fuses together rhythms, dances and cultural influences
from all over Latino America and the Caribbean with a
distinct San Francisco flavor to create an infectious,
​​​​​​​high energy dance party.

After years of touring and releasing new music, LA GENTE SF has built a large and loyal following all over the US and around the globe. LA GENTE SF was founded in 2007, since then they have performed numerous festivals, universities, radio stations, museums, art galleries and major venues all over the US and the world. For example: Los Angeles, New Orleans, Austin, Portland and New York as well as Spain, Italy, France, Mexico, Great Britain, Brazil, Chile, Nicaragua, and Colombia.

The group is currently at work on their 5th studio album entitled:
"Entre 2 Mundos" and prior to lockdown we had just returned from tours
in Mexico and Spain. The group is gearing up to release this brand new
music along with a series of music videos filmed in Colombia during
their recent musical residency in Cartagena. LA GENTE SF can't
wait to hit the road again and bring there unique voice and energy
to the people all over the world. Their notoriety and showmanship
had found them sharing the stage with other recognized recording
artists such as George Clinton and The P-Funk All Stars, E-40,
La Santa Cecilia, Quantic, The Digital Underground, Oscar De Leon,
Hyro-Glyphics, Digable Planets, Pato Banton, Lyrics Born,
Pete Escovedo, and MALO. 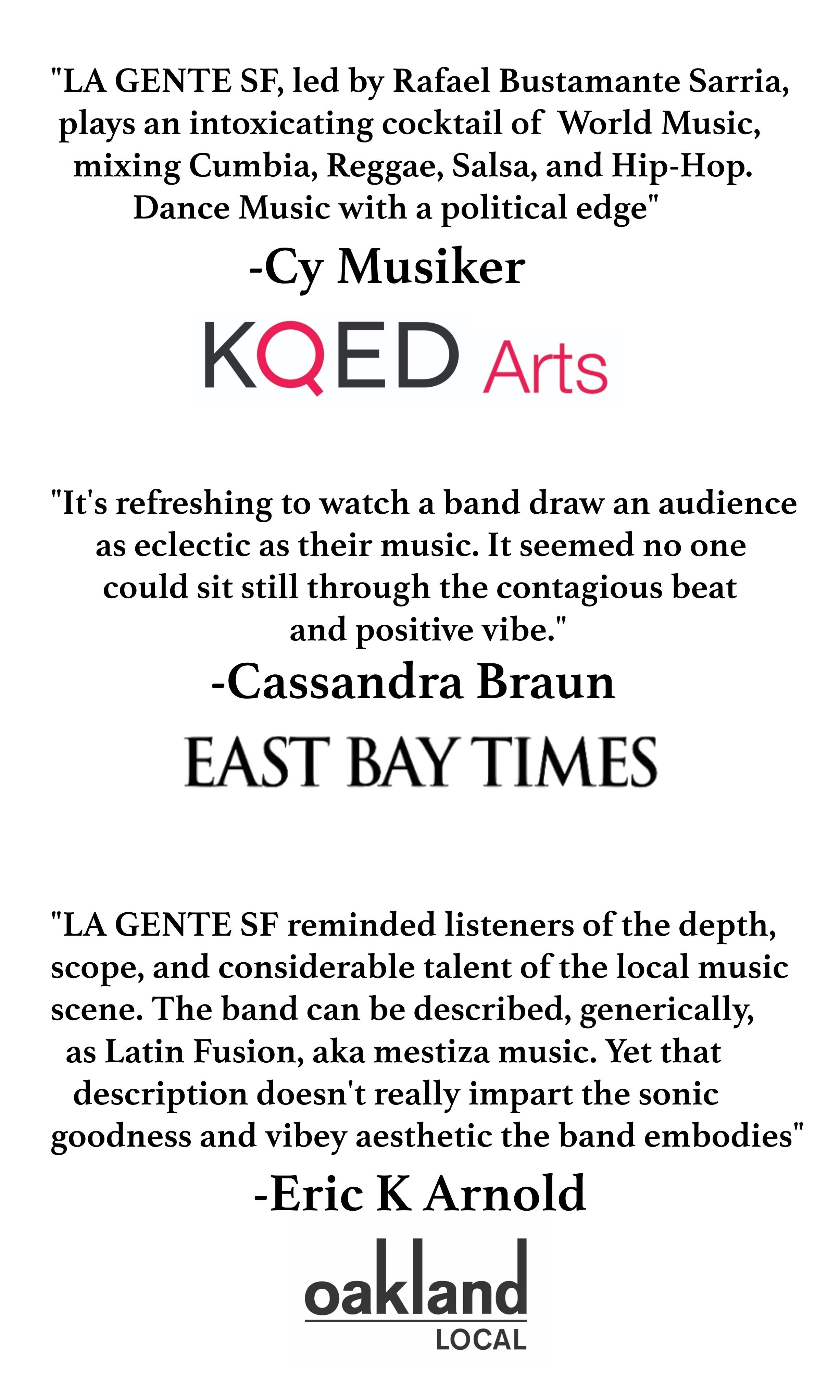 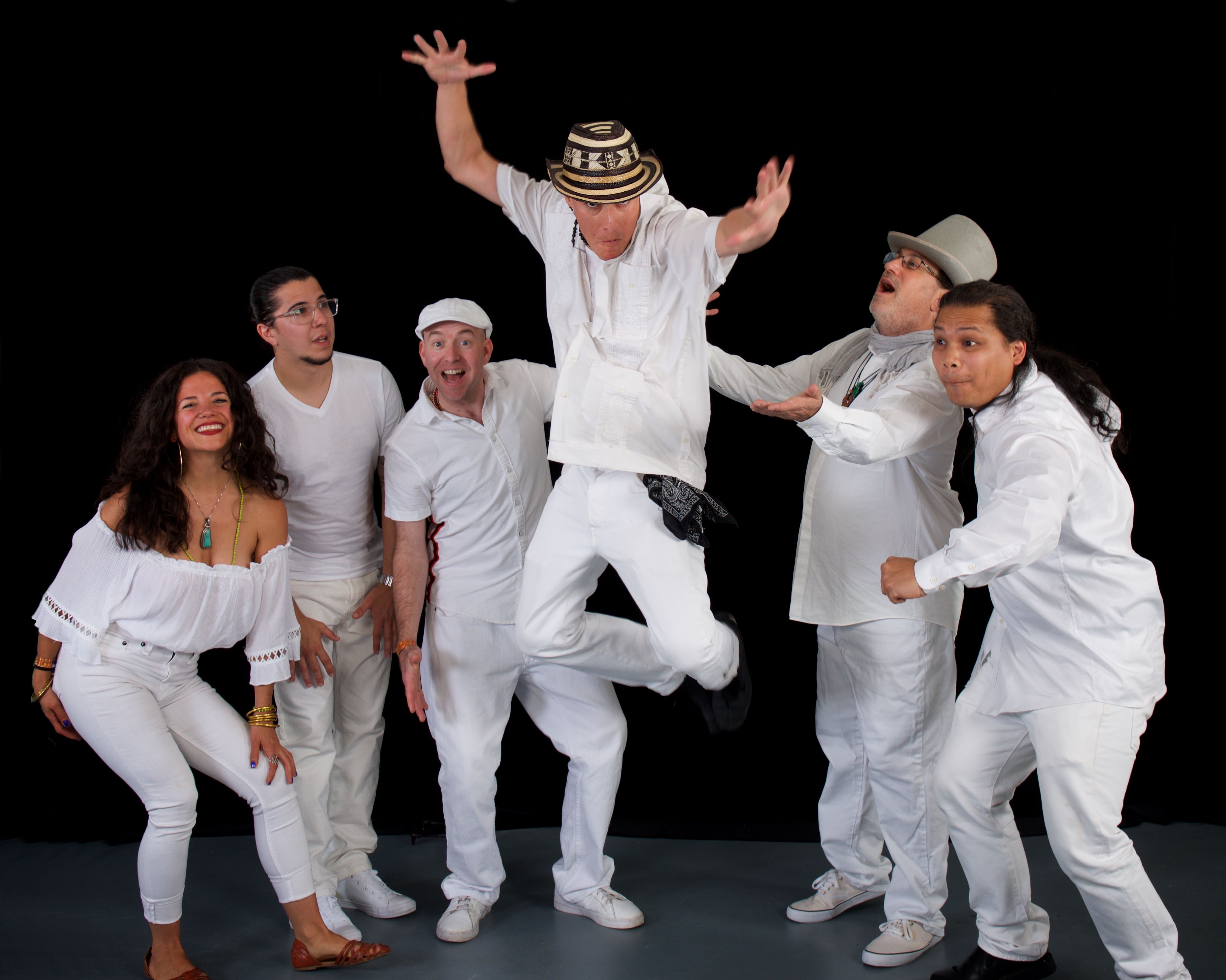